It’s the beginning of the last week of lessons at Mazì, the first emergency and rehabilitation school opened by Still I Rise in 2018 on the island of Samos, Greece: on May 13th, educational activities will come to an end and the organization will begin a needs assessment on the mainland to identify gaps in education.

"In 2019, we succeeded in getting public and media attention thanks to our criminal complaint against the hotspot authorities. This contributed to the relocation of the hotspot manager in 2020, and to the closure of the same reception facility in 2021. At the end of 2021, after four years of relentless work, we were able to enroll all of our students into the public school system, thus making Mazì's service finally redundant," explains Nicolò Govoni, Executive Director of Still I Rise.

"The main goal of Still I Rise has always been, and always will be, to emancipate the people we support, even and especially from our service. Only at this stage, we will be aware of having truly fulfilled a mission. And for the first time since 2018, we have succeeded."

"In Samos, however, not all the problems have been solved: the new closed and controlled camp raises many concerns about the detention regime that adults and children are subject to. We are constantly monitoring the situation: through our Advocacy department, we will continue to raise issues faced by refugees on the island”, adds Giulia Cicoli, Advocacy Director.

Still I Rise is planning on conducting a needs assessment in mainland Greece to identify a potential new location for Mazì. “There are many areas in the country where the educational emergency for refugee children is worrying, and where our experience and the educational method we offer can have a meaningful impact”, says Giulia Cicoli.

STILL I RISE ACTIVITIES ON THE ISLAND OF SAMOS

Founded in 2018, Mazì is the first emergency and rehabilitation school opened by Still I Rise on Samos, Greece, in order to respond to a systemic lack: no educational services designed for refugee children and adolescents in the 11-17 age group were available at the island's hotspot. None of these minors had access to or the possibility of being included in the Greek public school system, therefore remaining outside any educational path for periods ranging from 6 months to 2 years — the average length of stay at the RIC in Samos.

The approach to education initiated by Still I Rise has been holistic since the beginning: it goes beyond classroom lessons, involving the distribution of food, hygiene kits, and clothing, as well as psycho-social and medical support. From 2018 to 2022, 1,500 students were welcomed at Mazì, over 137,000 meals were distributed, 22,000 hours were spent in the classroom, and 16,480 hours of psycho-social support were given.

Still I Rise has been at the forefront in denouncing the human rights violations against unaccompanied minors in the Samos hotspot: it filed a criminal lawsuit against camp management at courts in Samos and Rome, obtained four parliamentary questions (three in the European Parliament, one in the Italian Parliament) and directly involved the European Court of Human Rights, which - between the end of 2019 and the beginning of 2020 - ordered the immediate transfer of 12 unaccompanied minors to a safe location. This was an unprecedented decision for the island of Samos: the Court recognized the concrete possibility of a violation of Article 3 of the Convention, which prohibits torture and degrading treatment. Shortly thereafter, the manager of the Samos RIC was transferred to another position.

Yet, living conditions did not improve. The organization has continued to denounce the miserable conditions asylum seekers were subjected to during the pandemic, and aims to bring to the public eye the ongoing human rights violations and criminal pushbacks perpetrated by the authorities.

The opening of the new Closed and Controlled Center, isolated and far from the city of Vathi, has created new problems for asylum seekers, who find themselves detained without having committed any crime. Due to the closure of the old hotspot and the transfer of asylum seekers to the new camp, Still I Rise has remained on the island for months to monitor the new living conditions of its remaining students, who have since been able to enroll into the Greek public school system.

Despite the suspension of educational activities, the organization will remain in Greece to continue its defense of the human rights of migrants and refugees. 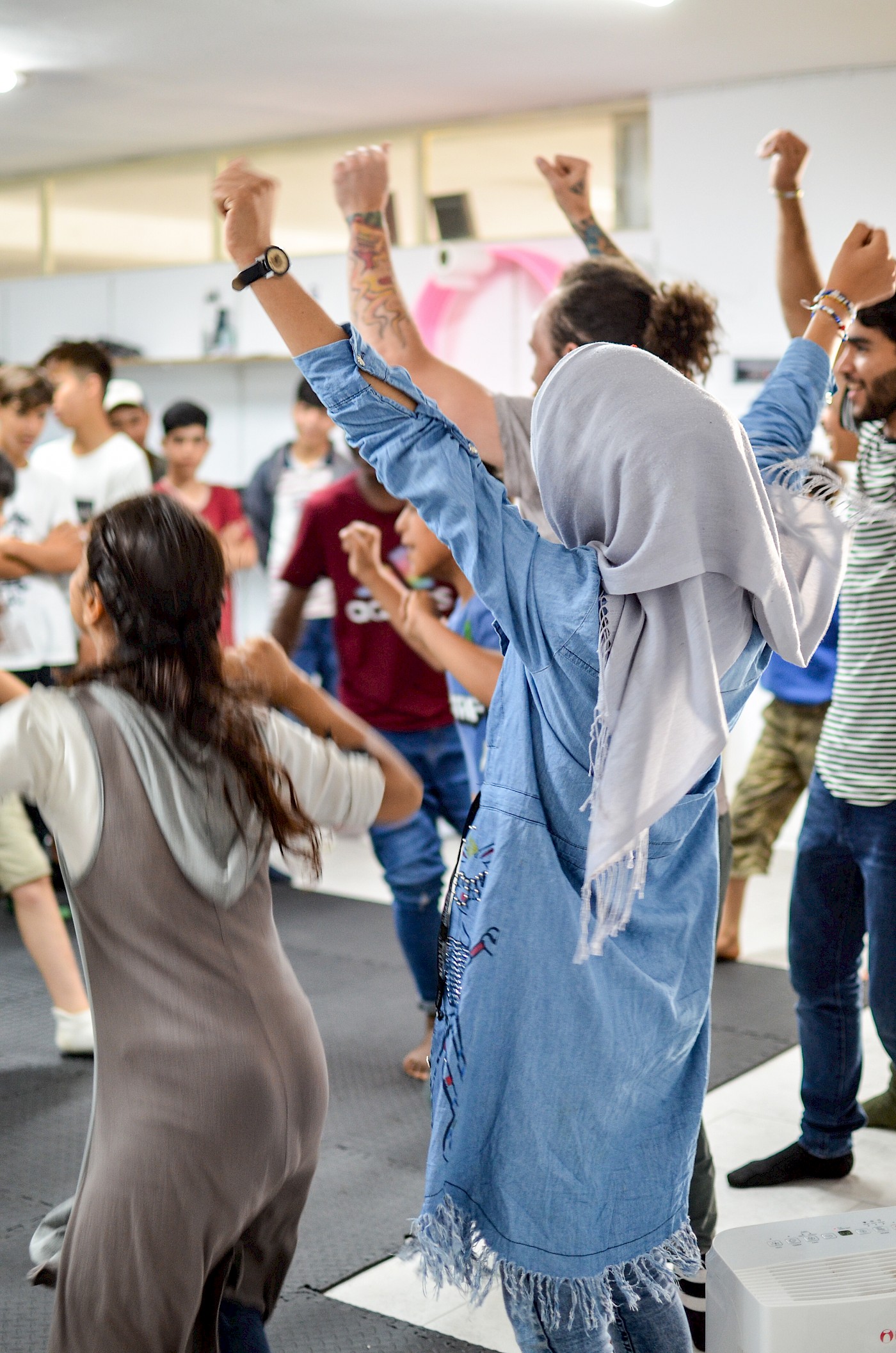