Every child is a mine. We experience this in our daily work: children are an endless supply of energy, resources, imagination, love. But in the Democratic Republic of Congo, children are forced to extract precious minerals that are then sold all over the world. Forced to dig in the mines for the same amount as a handful of rice and a few vegetables, they end up being deprived of their rights, their childhood, their imagination and every opportunity. 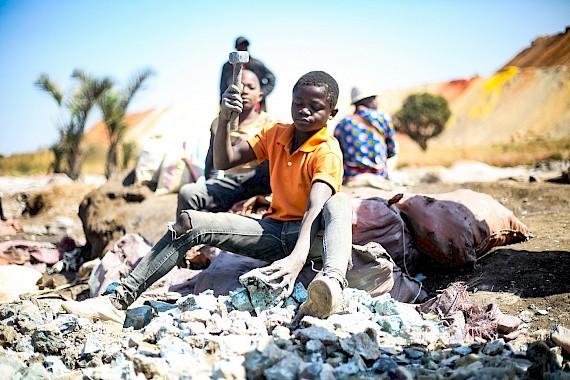 That is why Still I Rise decided to open a school in the country. We want to support families and children so that they can leave their jobs and start studying. We have spent months analysing the context and building connections in the area, and now we are ready to move into the operational phase. But in order to realise this new dream, we also need your help.

We ask you to support us in this critical time!

One of the richest and poorest countries in the world

The Democratic Republic of Congo is one of the richest and poorest countries in the world. The country's natural resources are unique: there are precious mineral deposits underground and the soil is covered by the world's second largest rainforest, which provides valuable timber.

However, very little of this wealth is left in the country, because Congo's economy is based on exports. The result is that the majority of the inhabitants live in poverty, without access to essential services.

An enormous surface area. The surface area of the Democratic Republic of Congo is 2 345 410 km2. This is an area the size of half of Europe: Portugal, Spain, France, Belgium, the Netherlands, Denmark, Poland, Austria, Switzerland and Italy.

A young population. Two out of three people are under 25

A potentially very rich country. Congo alone produces more than 3% of the copper and 50% of the cobalt sold in the world. Also underground are diamonds, coltan - valuable for the mobile phone industry - gold and oil

Lack of education. There are 3.5 million children not attending school. 86% of 10-year-olds are unable to understand a basic text.

Still I Rise operates in the southern region of Katanga, where most of the mines are located, and the conditions for child workers are unbearable.

The children work up to 12 hours a day, digging the rock with their bare hands and carrying bags of stones that are often heavier than they are. They are paid one or two euros a day, depending on the discretion of the traders who pay according to the weight and purity of the minerals extracted, without the children being able to see for themselves the results of their work. 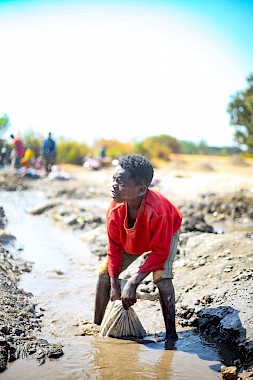 In this context, Still I Rise will create a new school to meet the needs of the children in the mines.

In order to convince parents to send their children to school, we will use strategies that have already been tried and tested in our other emergency operations: we will distribute basic necessities such as food packs, clothes and hygiene kits to families so that the children are no longer forced to work and can receive the education they deserve.